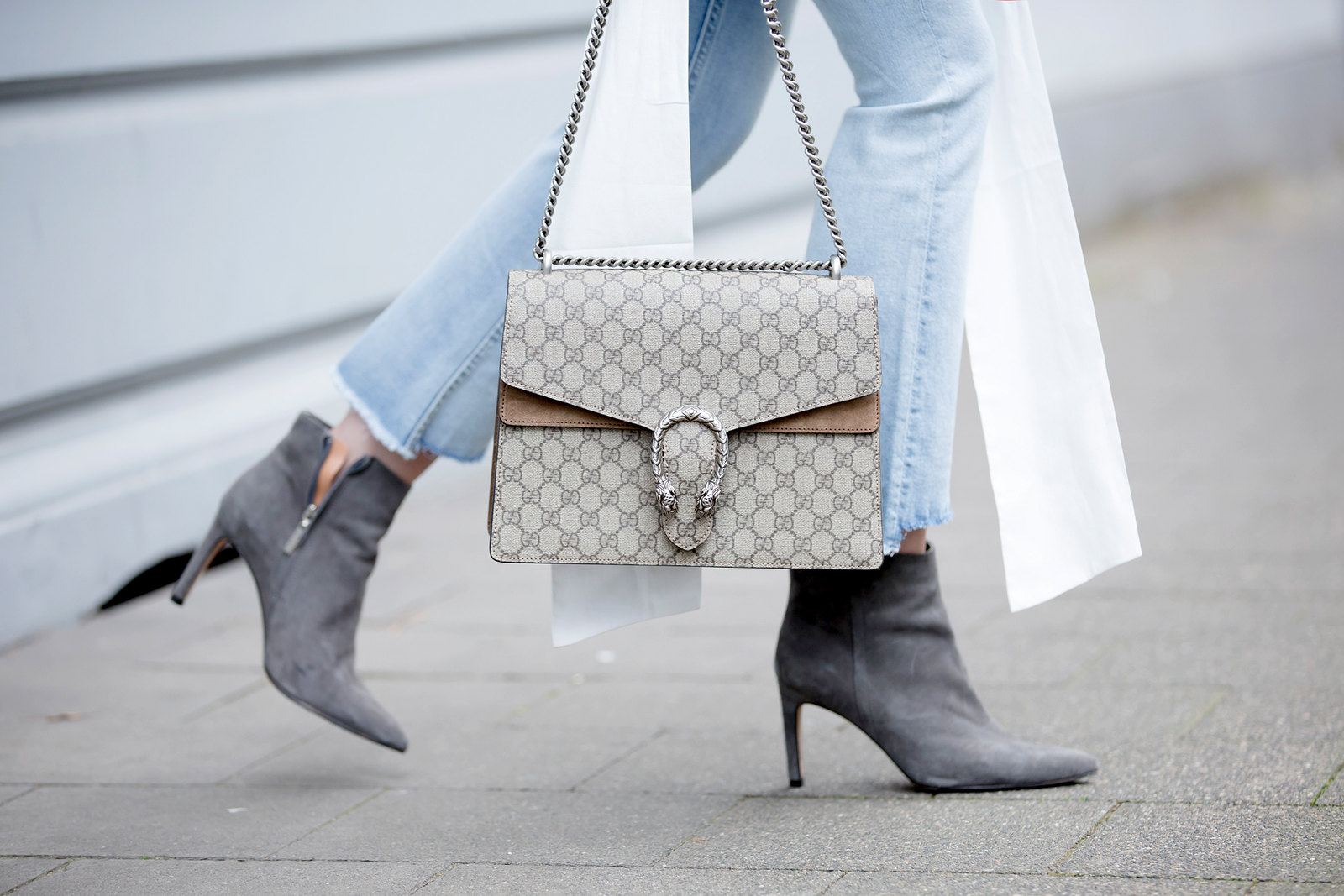 The looks of 2016 and looking back at the things we’ve done!

My sweeties, today is the final day of the year 2016 and I simply can’t believe it – another year has passed, even though it feels like it has only just started. The time was running this year, perhaps that’s a good sign? Anyway, I was on the road a lot this year, done so many cool things and I’m utterly thankful for that. But the best of all? That I could share all that with you, my readers!

And so that you have a chance to look back at all the outfits of this year, I made a little overview and recapitulation. My Best of Outfits 2016 which will hopefull be as much fun for you as it was for me creating this.

Which was your favourite outfit of mine? And can you discover a development? I’m really looking forward to your feedback!

But much more, I want to wish you a great New Year’s Eve and an even better 2017 with lots of happiness, luck and most of all, health! 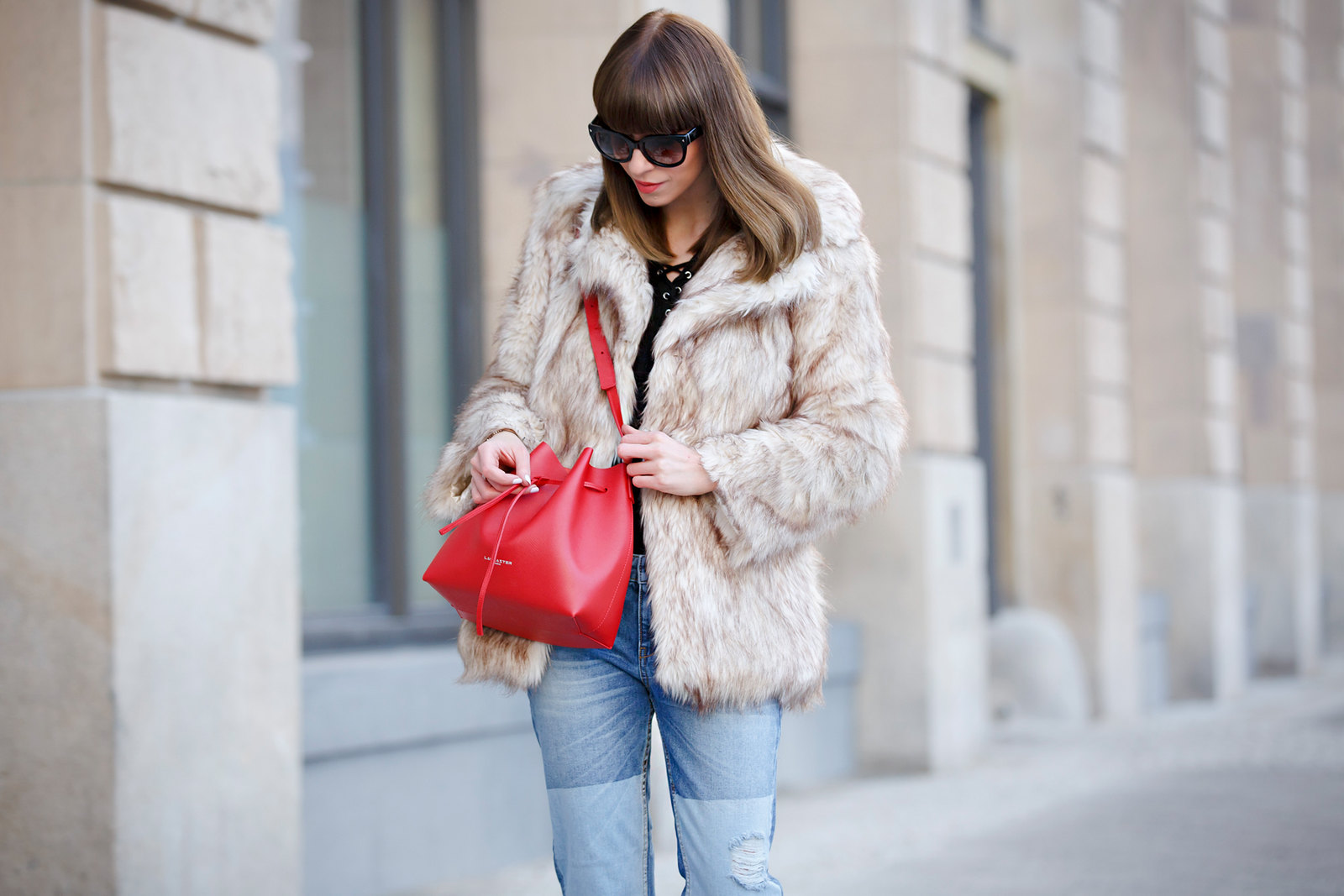 In January, I moved in with my beloved darling Max to Düsseldorf, where we are now renting a super lovely loft, of which you can see lots in my Home & Living category. In the new year, we finally want to build our bed and I can’t wait for that!

We also went to the winter fashion week in Berlin, where it was super cold, but where we photographed both with my ASOS fake fur jacket, and this Parisienne inspired outfit. 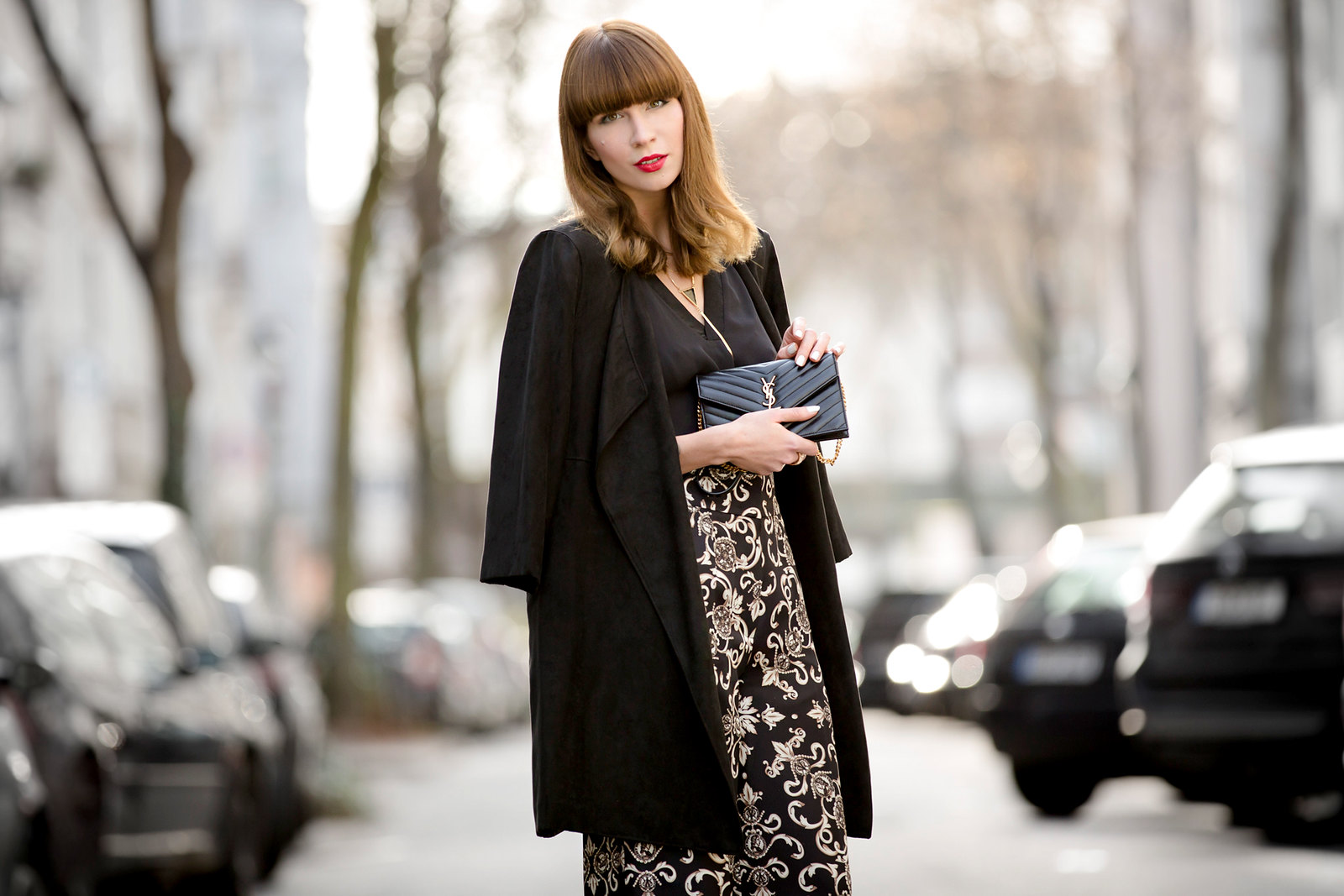 In February, I went to Berlin for Berlinale, where I got the chance to watch a lot of fantastic films and got to attend a lovely workshop with L’Oréal Paris. This outfit with my beloved Escada trousers is what I wore on the red carpet. Furthermore, I travelled to Paris twice, once with Biotherm and one time with Yves Saint Laurent. Anyway, Paris felt like my second home this year.

Moreover, I wore this cool look with my fringed boots, and created a cute look for Valentine’s Day. I still love that one so much! 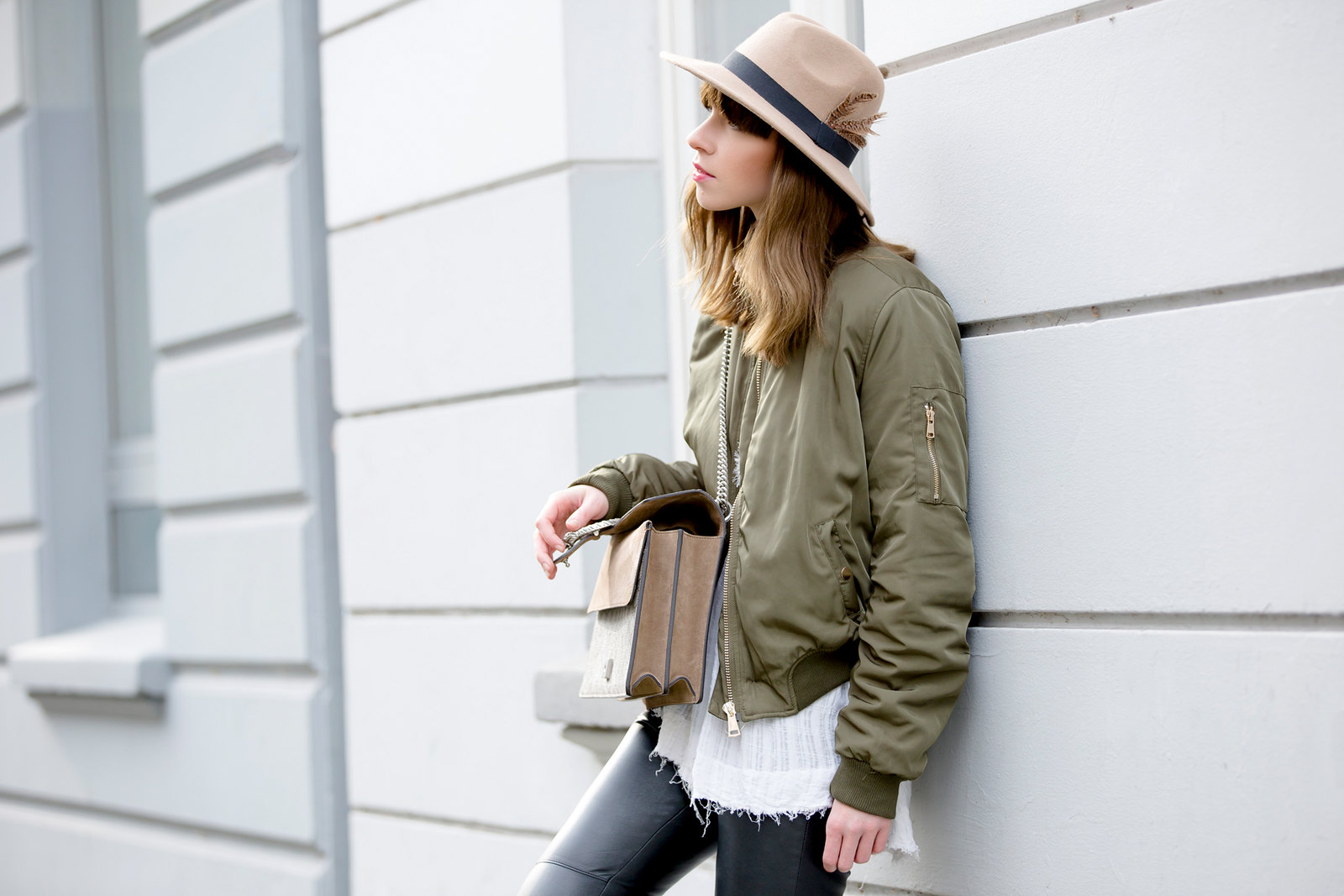 In March, I really celebrated my new Gucci Dionysus. I belive, you had to look at it in (almost) every outfit, hehe. For example in this look, in which I talked about the bomber jacket trend, in this spring inspired outfit, in which I showed you my Bvlgari glasses, in this airy springtime look and also in this marine-inspired Parisienne styling, which I still truly adore!

We also travelled to Berlin again in March for a big Lancôme-event and to La Roche-Posay, to find out all about the brand’s history and origins. 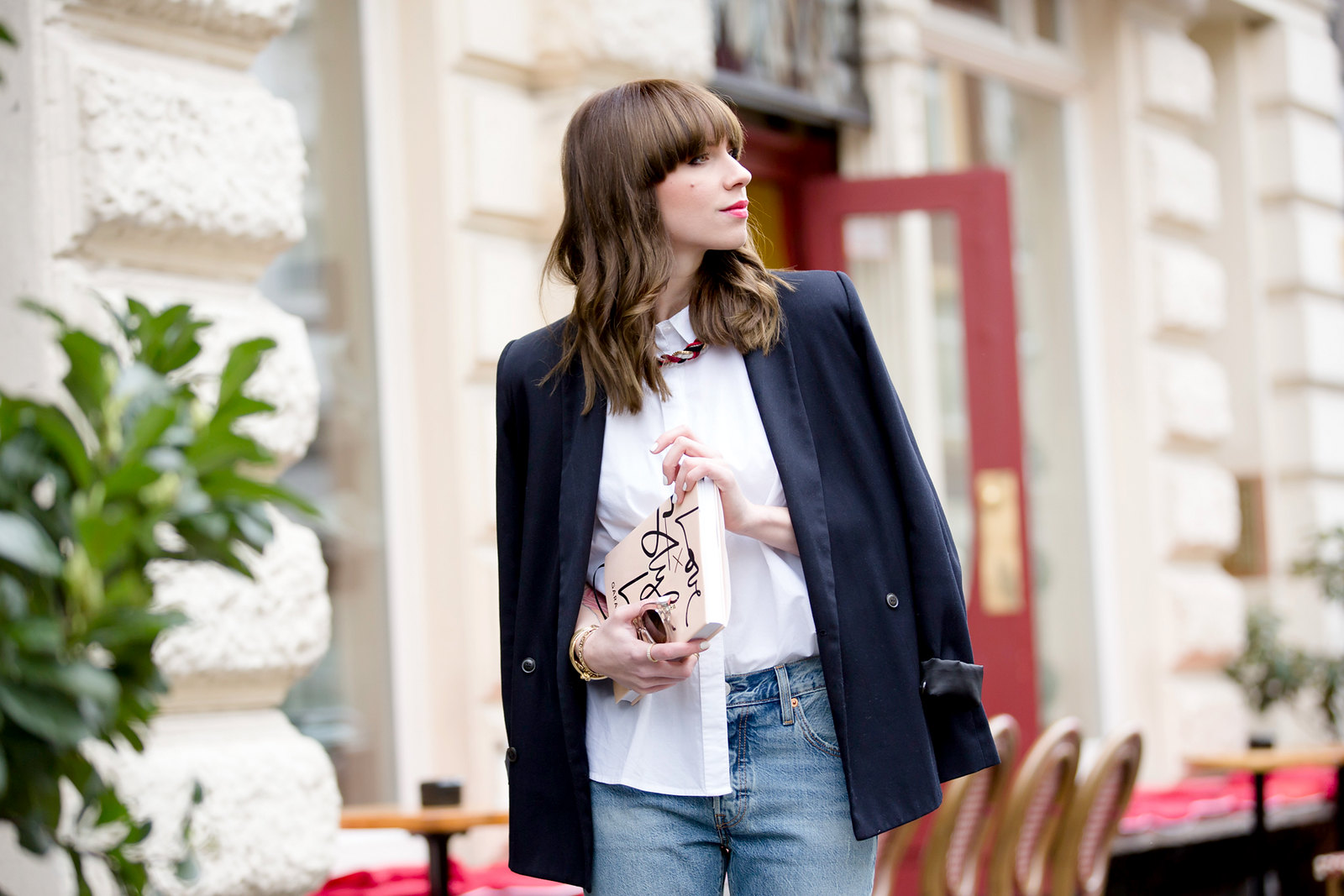 In April, I went to Paris again! This time, for a cool shooting with Armani Beauty. I also went to Berlin again for the mint & berry flower market, one of my favourite events this year – sooo many flowers! There, I also took pictures of my flower market outfit.

Other looks in April were another Paris-inspired outfit, an outfit with the prettiest white blouse on earth, and a springtime look with my Olympus Pen. 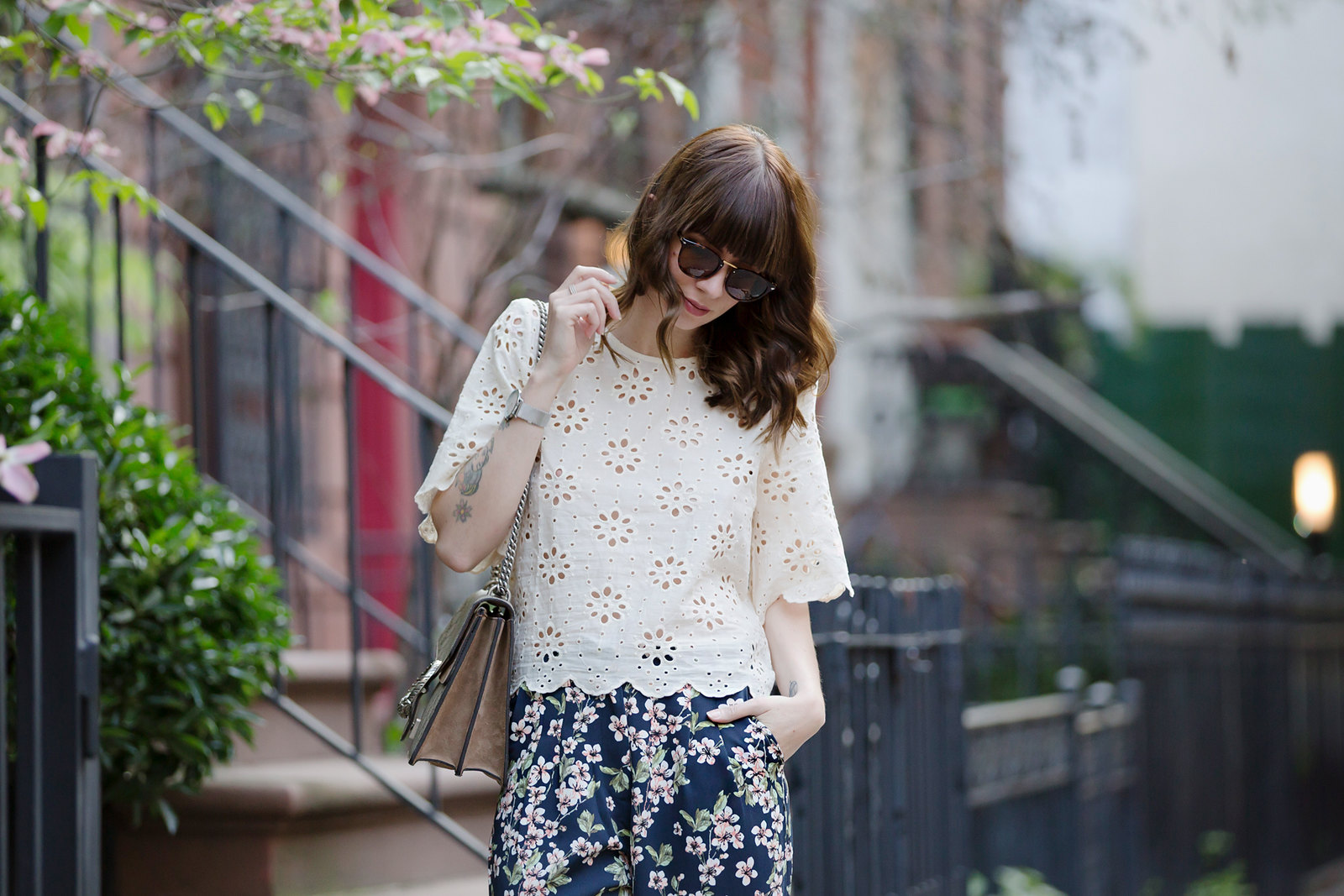 In May, it wasn’t only my birthday, but we also went to New York! In the States, we spent a wonderful time with the teams from Urban Decay and Kiehl’s. In New York, we also shot a lot of outfits. Among those, we showed you a cute look with mint & berry, this look from the Flatiron district and this summertime look from Soho.

After New York, we went straight to Berlin for Karneval der Kulturen and then to Hannover, to celebrate my birthday. Other outfits of the month were a summer look with an off-shoulder dress, a romantic look with a denim-dress and a look with one of my favourite summer blouses 2016. 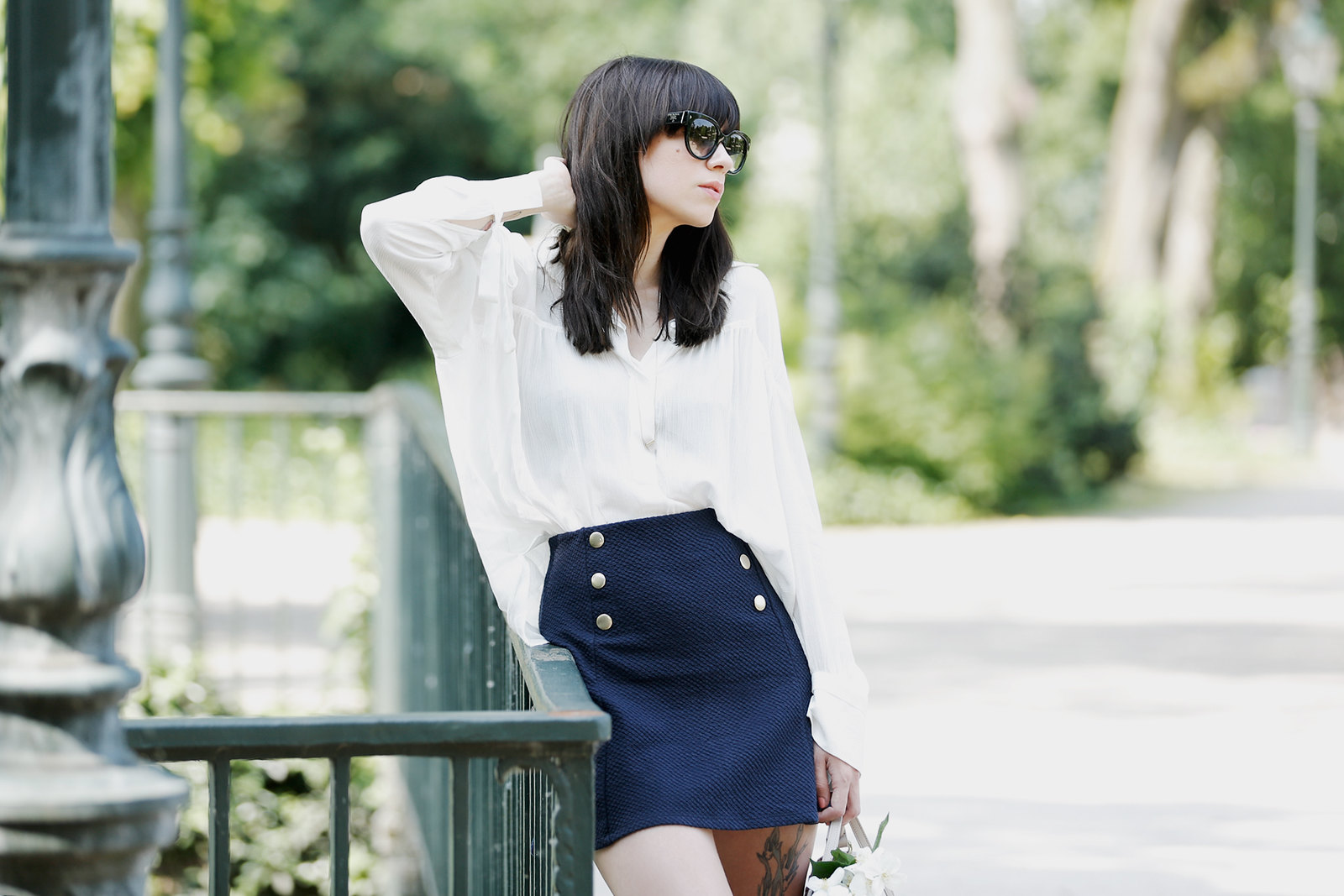 In June, it was high summer already and I went to Paris and the Champagne with Chantelle. Shortly after, I went to Paris again with Yves Saint Laurent for the launch of their new perfume “Mon Paris”, which I still use all the time! After that, it was Berlin again for the summer edition of Fashion Week and a super lovely event by Lillet and Bloomy Days.

I showed you a couple of summertime outfits, such as this look with a summer coat by Triangle, another New York look with a dress by Edited, a New York outfit with a patterned maxi dress and my favourite outfit with a Mango blouse. 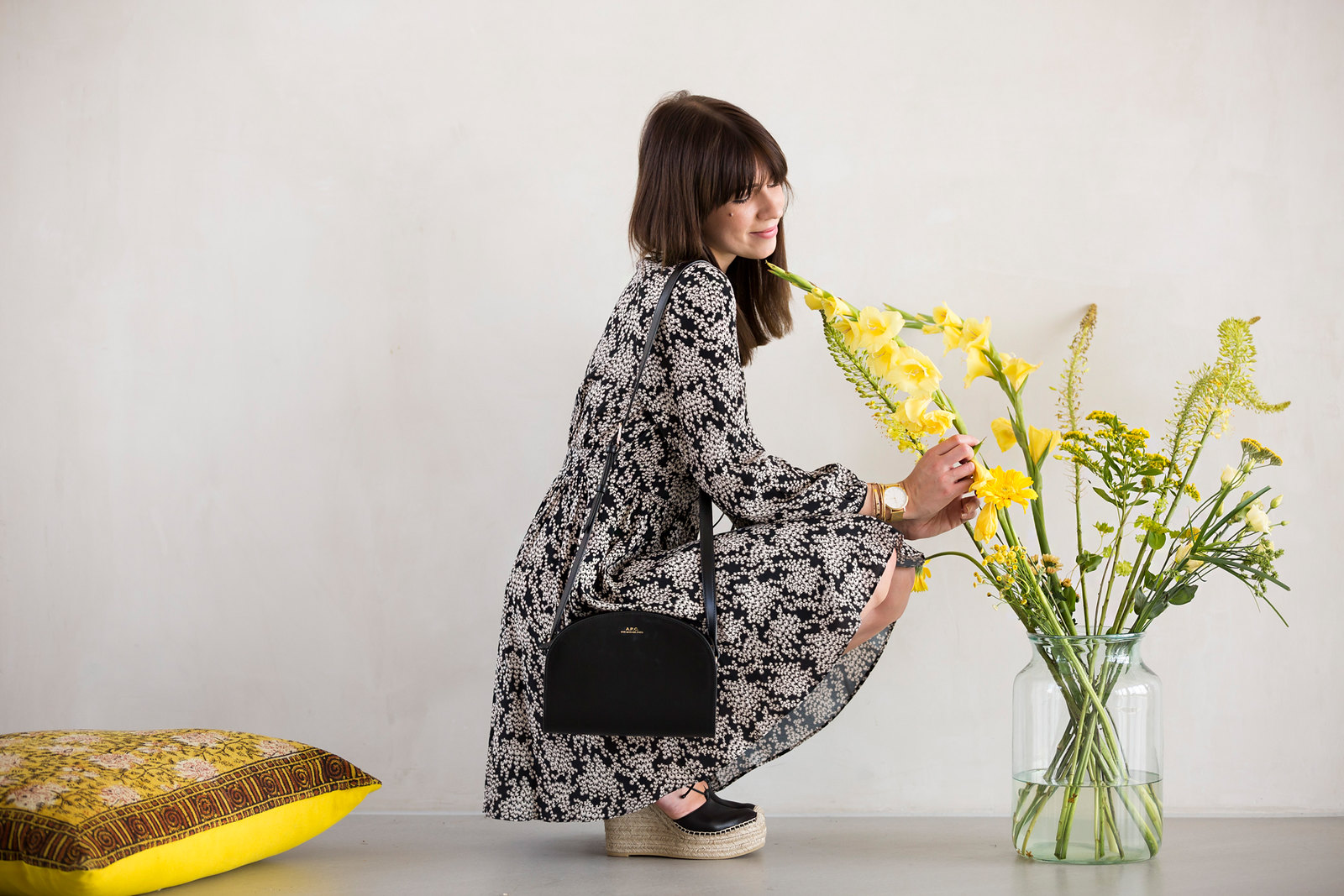 In July, I took a summer break, even in my head. We stayed in Dusseldorf, went to the lake and relaxed while doing BBQs and relaxing by the river with a beer in hand. It was nice and relaxing and I was happy that I had decided not to go on any train or plane that month.

My outfits in July were a couple of looks that we already photographed back in Berlin during Fashion Week. Among those, a look with my favourite summer dress by Max&Co., a Khaki-and-Cactus-inspired outfit from the botanical garden Berlin, a styling with a selfmade striped dress by SisterMAG, an outfit with my DIY pom pom heels and an urban cowgirl look/a>. 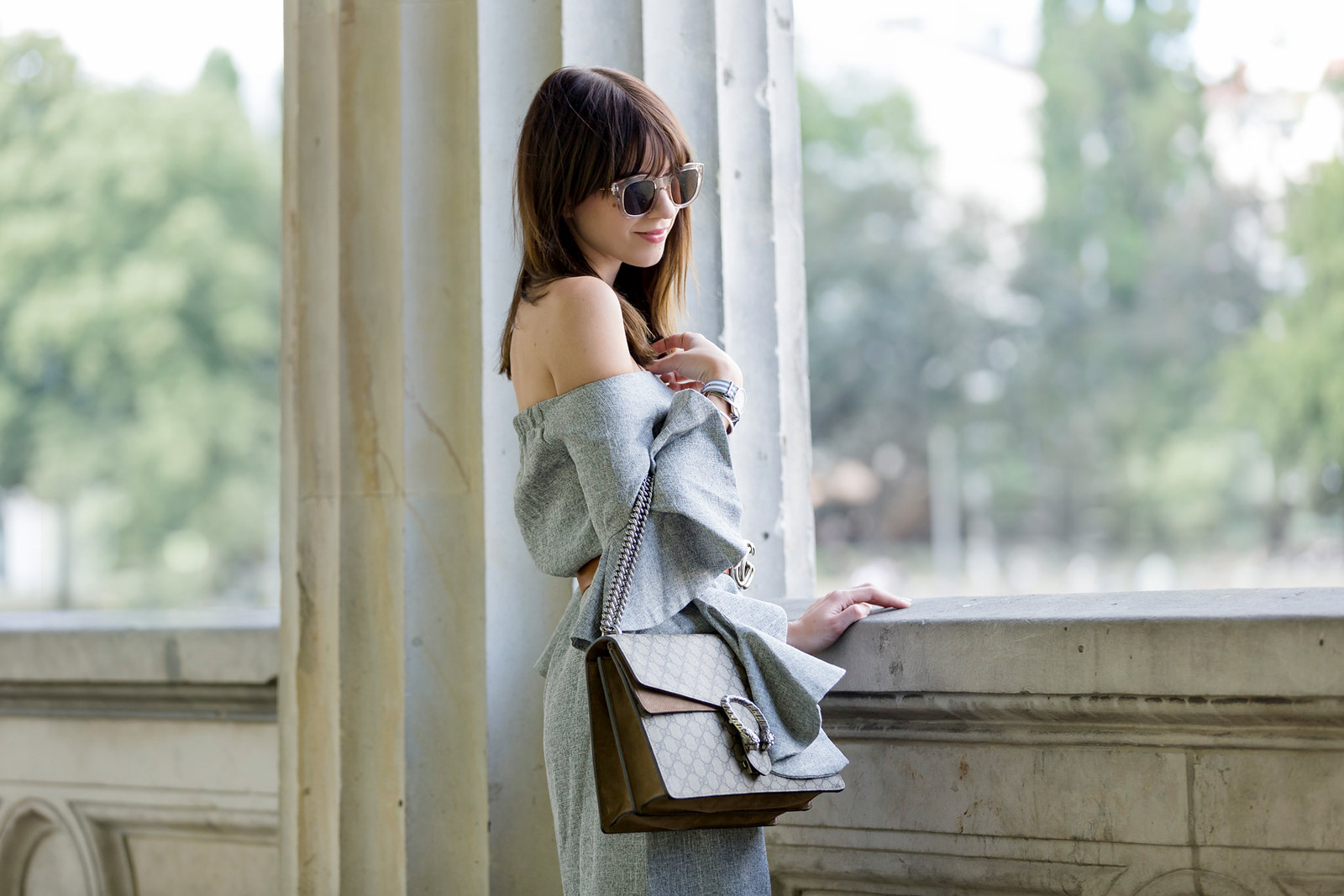 In August, the travelling commenced. Berlin, Munich, Berlin, Hannover, Berlin… my old home in Kreuzberg is something I never get to miss because I’m there constantly, hehe.

In Munich, I went to the opening of the first Triangle store, where I wore this denim-dress outfit. My favourite outfit, though, was this grey off-shoulder dress by Chicwish, which we photographed in Berlin as well. Another Berlin look, we took in front of the Berliner Dom. But we also took some outfit pictures in Dusseldorf, precisely a cool outfit with a safari dress and one of my all-time favourite looks with my lovely off-shoulder blouse! 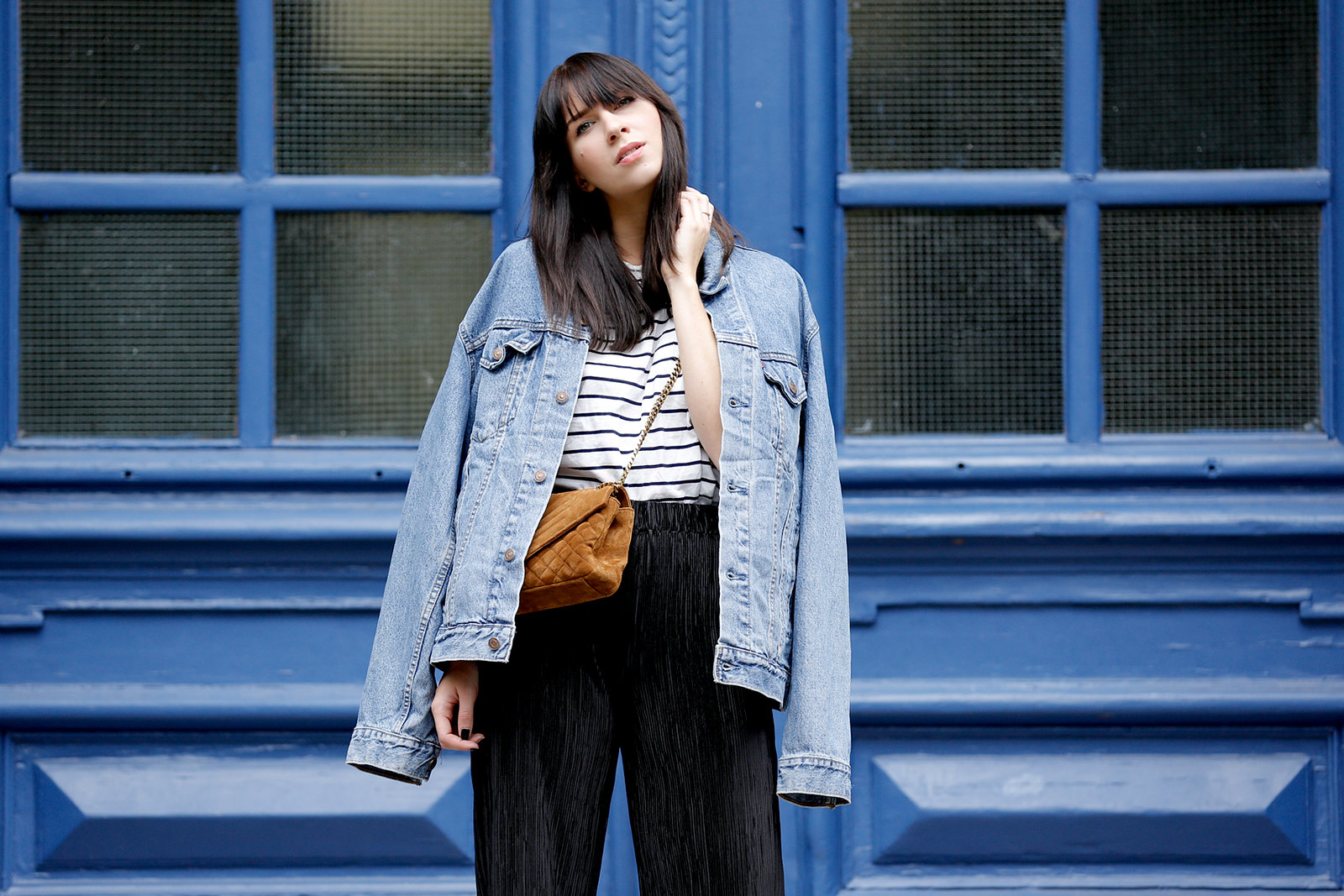 In September, I went to Lollapalooza festival in Berlin where I saw so many cool bands. But in Berlin, we also shot some more looks, for example this lovely one with a vintage denim jacket, an elegant version of the dress-over-blouse trend and an outfit with a lovely YSL suede bag.

We also showed you a lovely film for YSL Beauty, which you can see again here.

Another big event in September was the launch of the “Blogger for Mister Spex” glasses collection. I designed my own pair of glasses in two colours and you can still buy them! For all information on that, you may click into this outfit post, or you may check out this one. 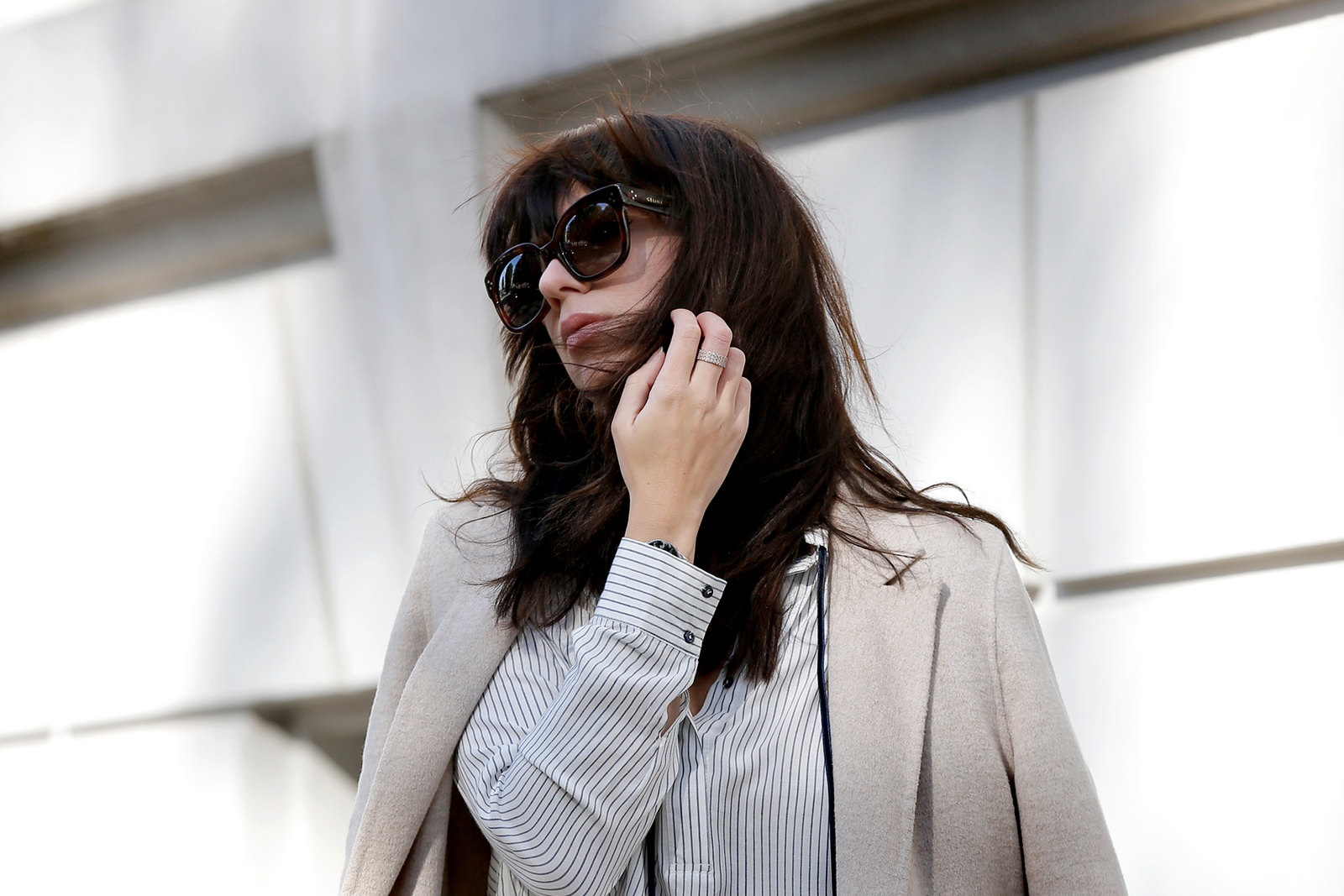 At the beginning of October, I could prolong my summer a little bit, as I had the chance to travel to Greece with Olympus Pen. What a lovely trip that was! While I was there, we also took the pictures of this lovely look with a dress by Berlin designer Malaikaraiss.

I also started a “3 days, 3 blouses” challenge with Promod. You can look at the results in this, this and this outfit. I also shoed you this lovely 60s inspired Parisian inspired outfit, a styling with my velvet slippers and an outfit with a huge, grey knit piece. 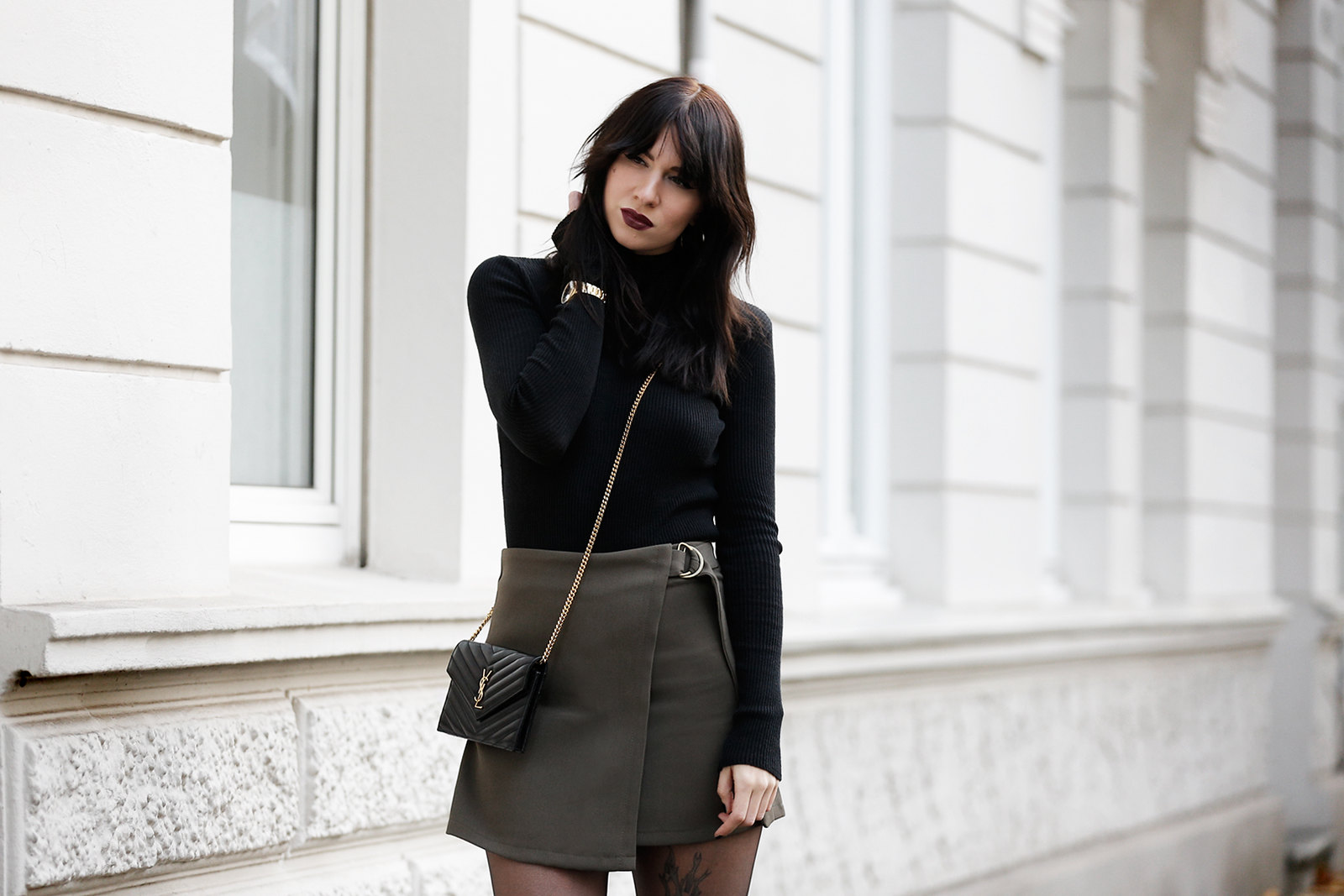 In November, Max and I went to Berlin for a week to work on a photo shooting for SisterMAG (I was assistant). This is why we also took some more outfit pictures in Berlin, for example this outfit with my riding pants, but also this look with a knitted two-piece and finally, a look with a velvet dress.

In Dusseldorf, I wore an outfit with a touch of Goth (including dark lipstick), at the end of the month, while we were in Nuremberg with Thomas sabo, we took the pictures for this cute look with a star dress. 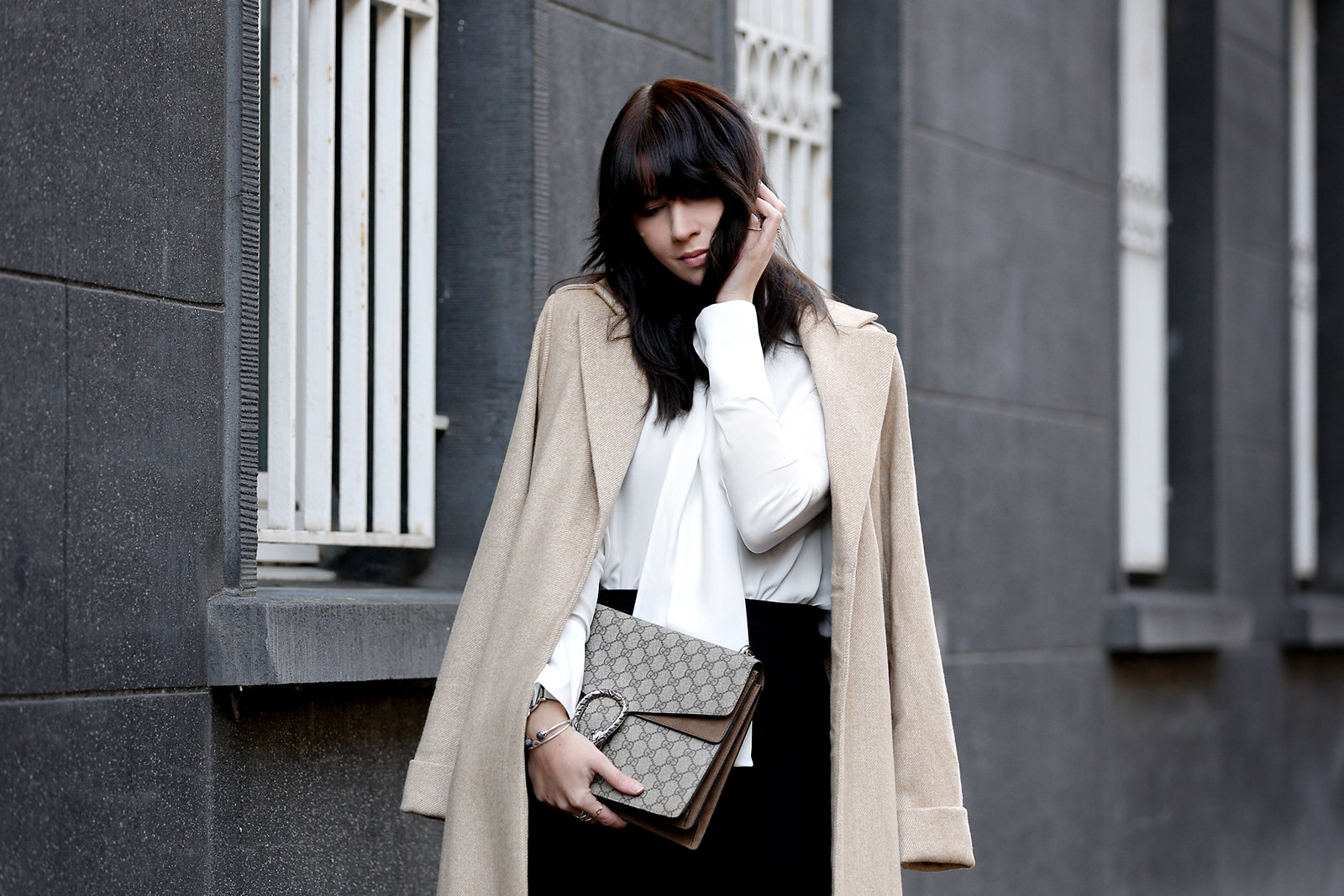 In December, we slowly started to calm down, even though we still had to finish quite some projects. My outfits of the final months of 2016 were this beautiful look with a long riding coat, yet another Paris-inspired look, a cool outfit with some beautiful VILA pieces and finally my Christmas outfit.

I really hope you enjoyed my look back at the outfit year 2016 – which was your favourite look?