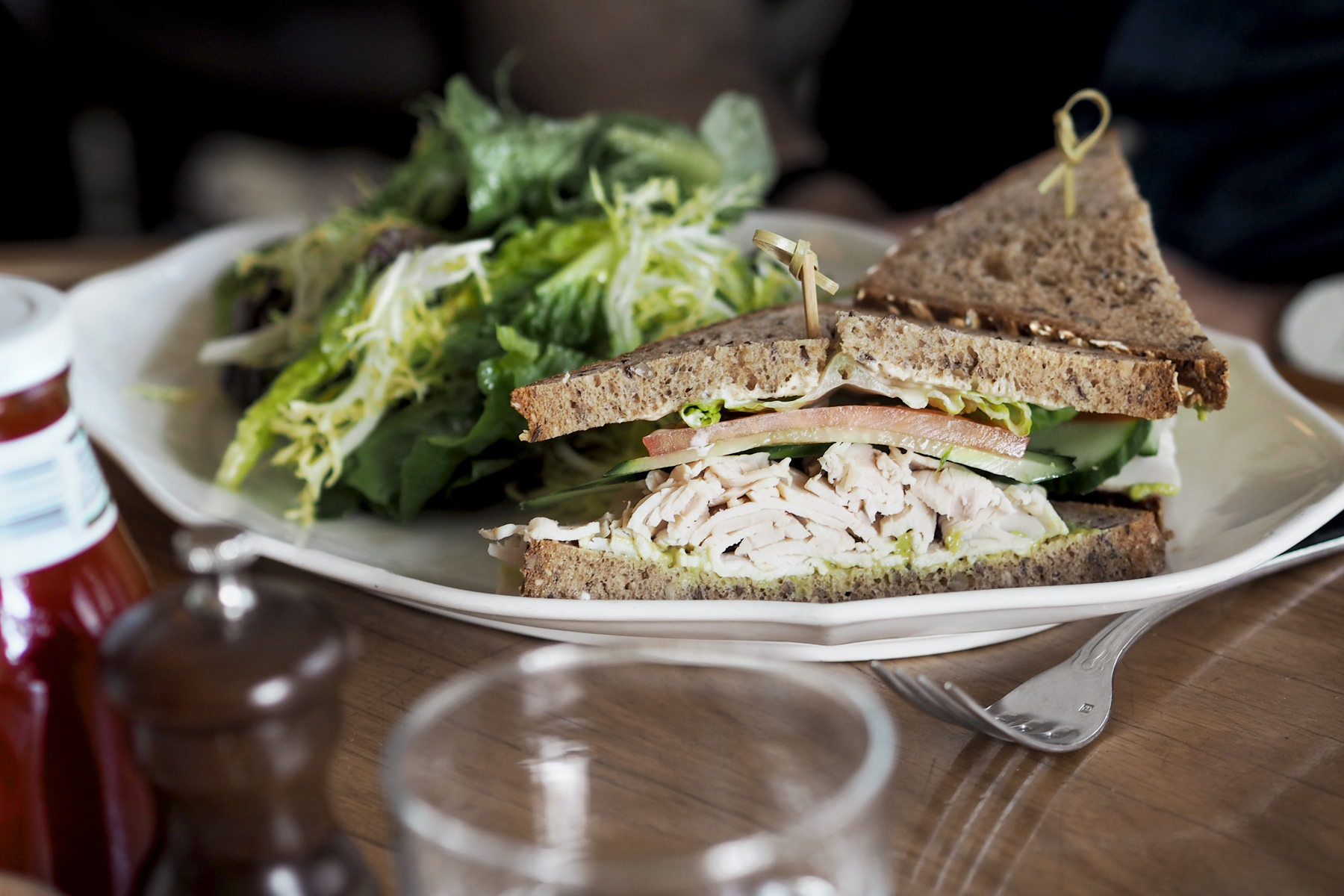 From the viewpoint of a German tourist.

Hey poppets, today, I’m gonna take you all on a little, slightly ironic, trip called “A Foodie’s Guide To New York City” because for me as a German girl, there was just so much to discover and to learn – food-wise – while we were in New York City that I simply HAD to share those things with you! Honestly, though, there are soo many eating habits that are so very different from how I knew them, so follow me and learn for your next NYC trip…

1. THAT THING ABOUT BREAKFAST:

Nobody in NYC knows about the kind of breakfast we always loved! 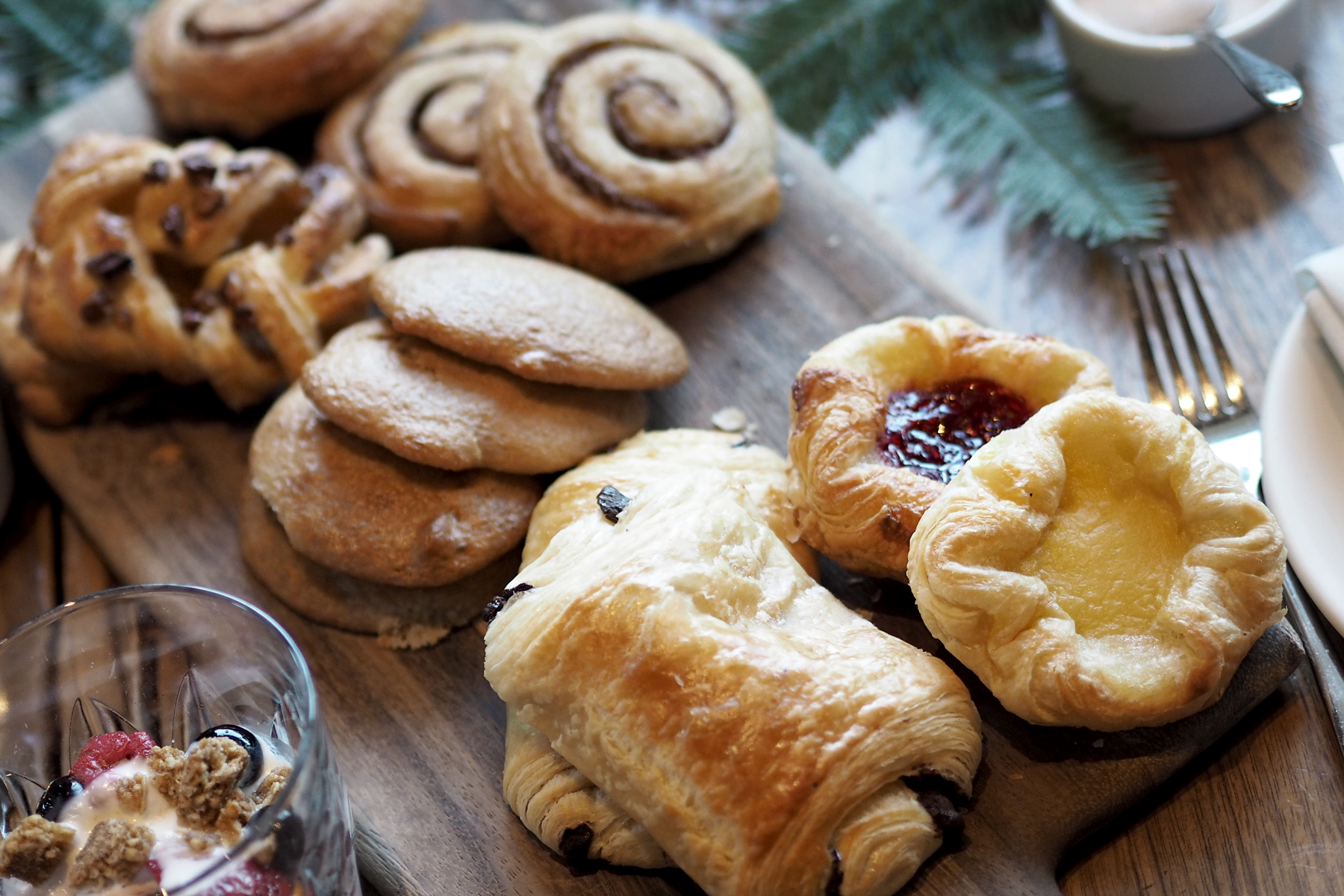 I really didn’t expect this: the “normal” German breakfast with bread and butter, cheese or jam is something that, apparently, nobody cares about in NYC. Not even a common muesli is easy to come by. Instead, you get this “Granola” stuff that is about 1000% more sugary and comes with mixed berries (yay) and super fat, so-called, yogurt (nay). It just doesn’t compare. Another thing the New Yorkers love is eggs in all variations. You can choose between scramble with veggies like Avocado or Tomato inside, poached eggs or omelet. The thing you’ll always get with your eggs: seasoned potatoes with Ketchup. Always Ketchup, haha. You can probably even buy ice cream with Ketchup flavour. But the most astonishing thing I discovered on the breakfast-menu? Chicken! Yeah, I know. It’s like lunch or dinner but for breakfast. Seriously, though? Who’d want that? Nah, I’d rather stick with the Avocado, thanks. 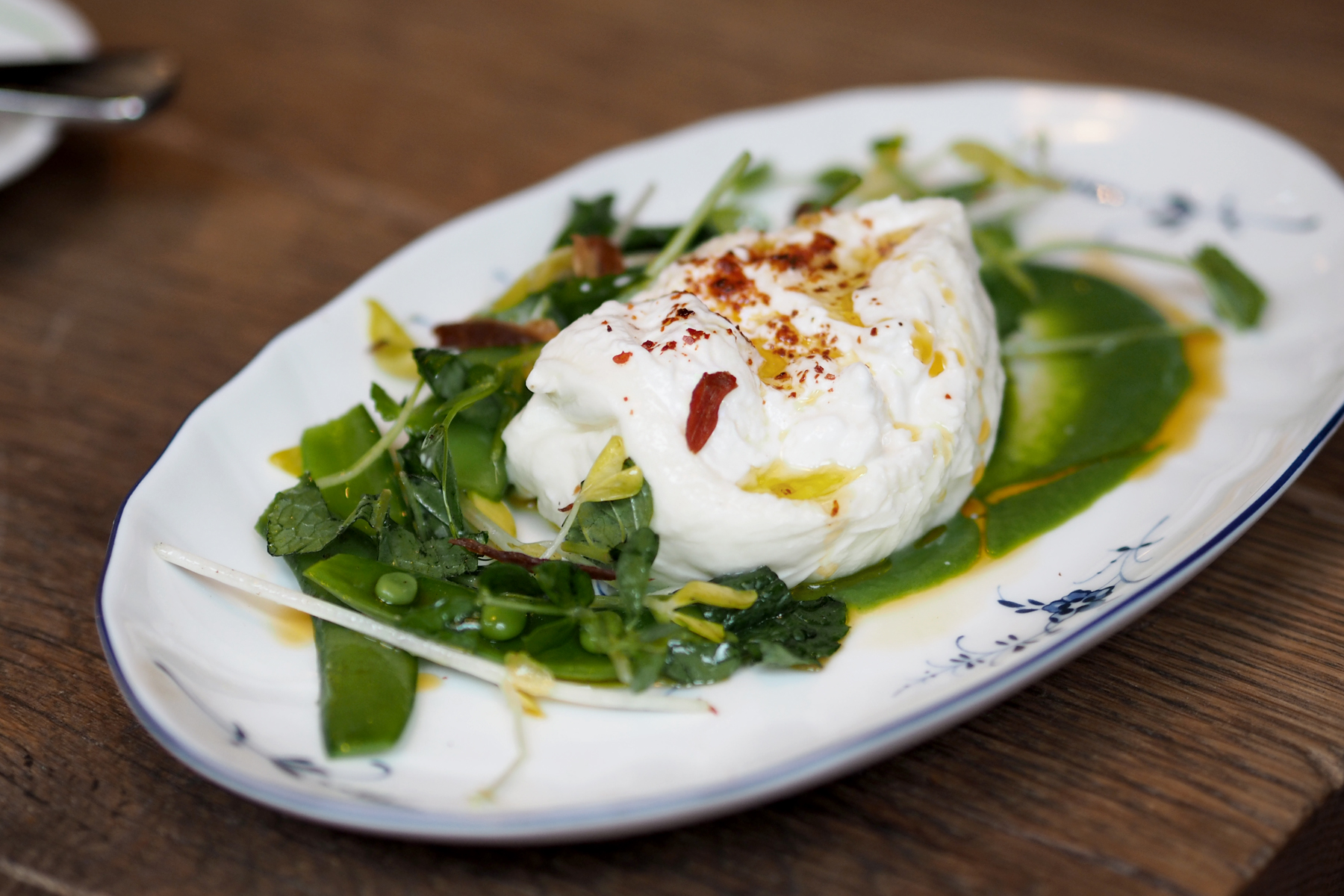 Additionally, be sure NOT to order a “Macchiato” if you want to drink a “Latte Macchiato” – aka milk coffee. In New York, they don’t know the thing we call “Latte Macchiato”, only “Latte” and “Macchiato”. So yes, if you want an Espresso with milk, do order a “Macchiato”, but if you want a milk coffee, please do me the favour and order a “Latte” (speak: Laaaateeeee). And another funny thing: Americans really don’t understand it when you order COLD milk with your filter coffee. They’re like: “Wait, what? Why?”. But is it so hard to understand that the cold milk makes that hot, black brew much more drinkable in a profoundly shorter time? I don’t think so, hehe.

2. THAT THING ABOUT DRINKING WATER:

Because water doesn’t equal water in the US… 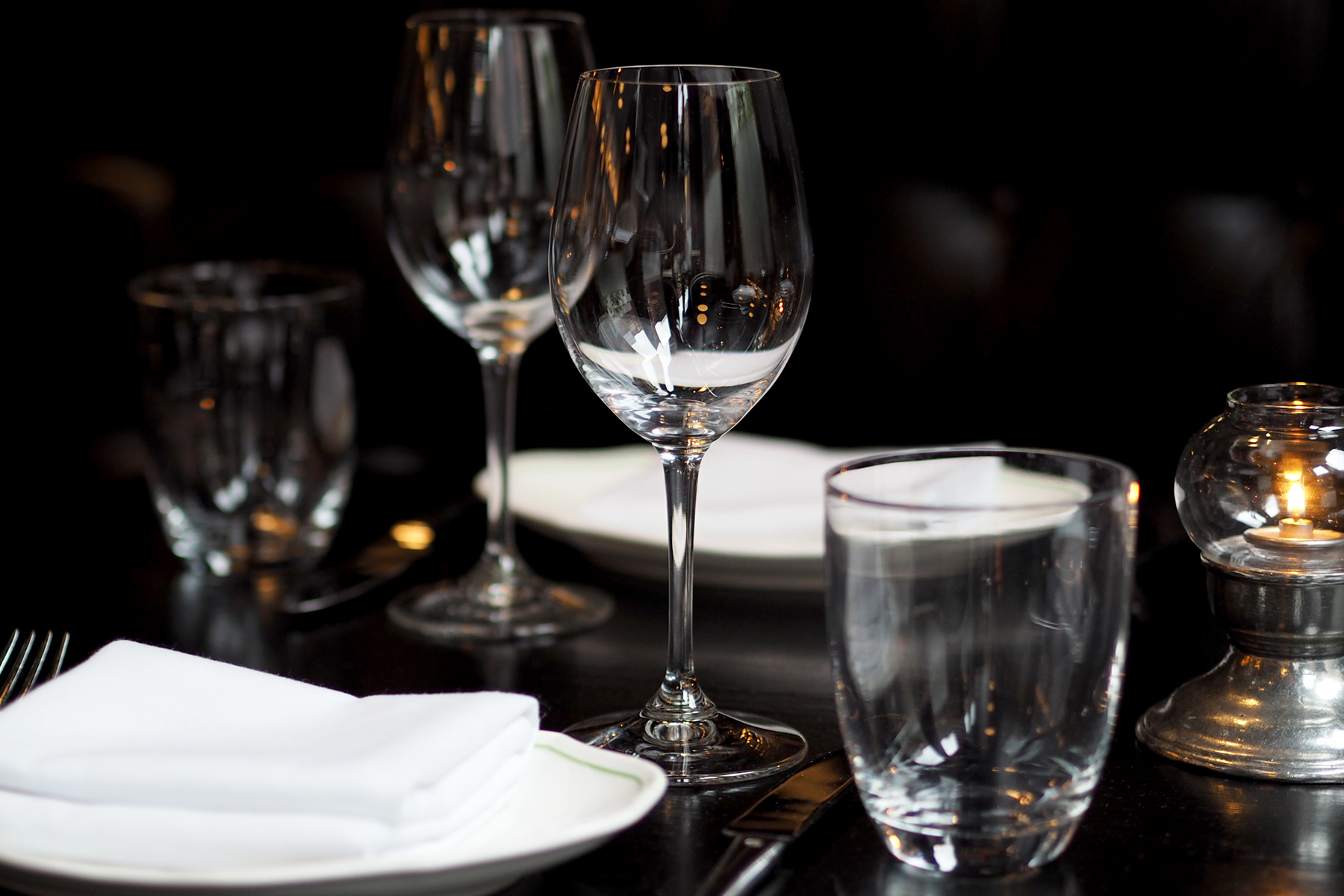 If you like chlorine, you’ll never be thristy in New York…

The chlorine thing really showed with the tab water: It was undrinkable for all of the German crew because it absolutely smelled like a swimming pool. Apparently, the New Yorkers don’t mind that at all. Well, at least they’ll have killed all the bacteria (even the good ones) in their bodies with their regular consumption of chlorine. But thinking about the negative, unhealthy aspects of chlorine? I guess the American would say: “Oh noo, come on, you paranoid German! Just remember our old saying: One liter of chlorine a day keeps the doctor away.” Yes, because you’ll be a case for the undertaker, soon, but never mind that.

If you want to avoid the chlorine, you’ll have to order the costly sparkling water, instead. It’s usually from San Pellegrino and imported from Italy. Even if it makes you poor, it will definitely not make you sick from all the chlorine. 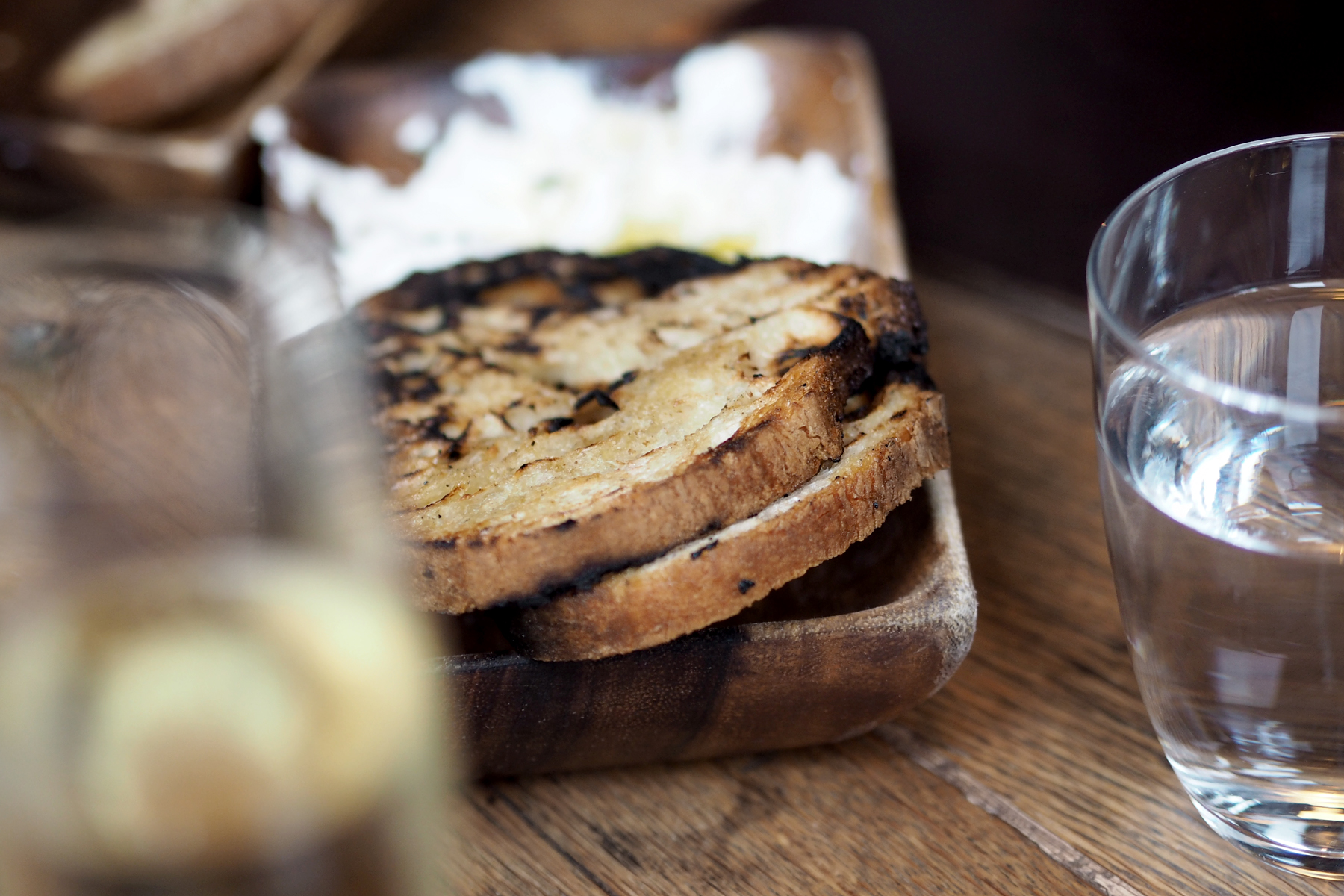 Mostly for free in New York: burned bread with a side of chlorine water.

So, if you are in New York the next time and you’re being asked: “Still or sparkling water?”, please do say sparkling! If not for you, then do it for your health and your body. Even if it’s not helping the balance on your credit card.

3. THAT THING ABOUT THE PRICES:

You’re in New York on a budget? Boo, you lose! 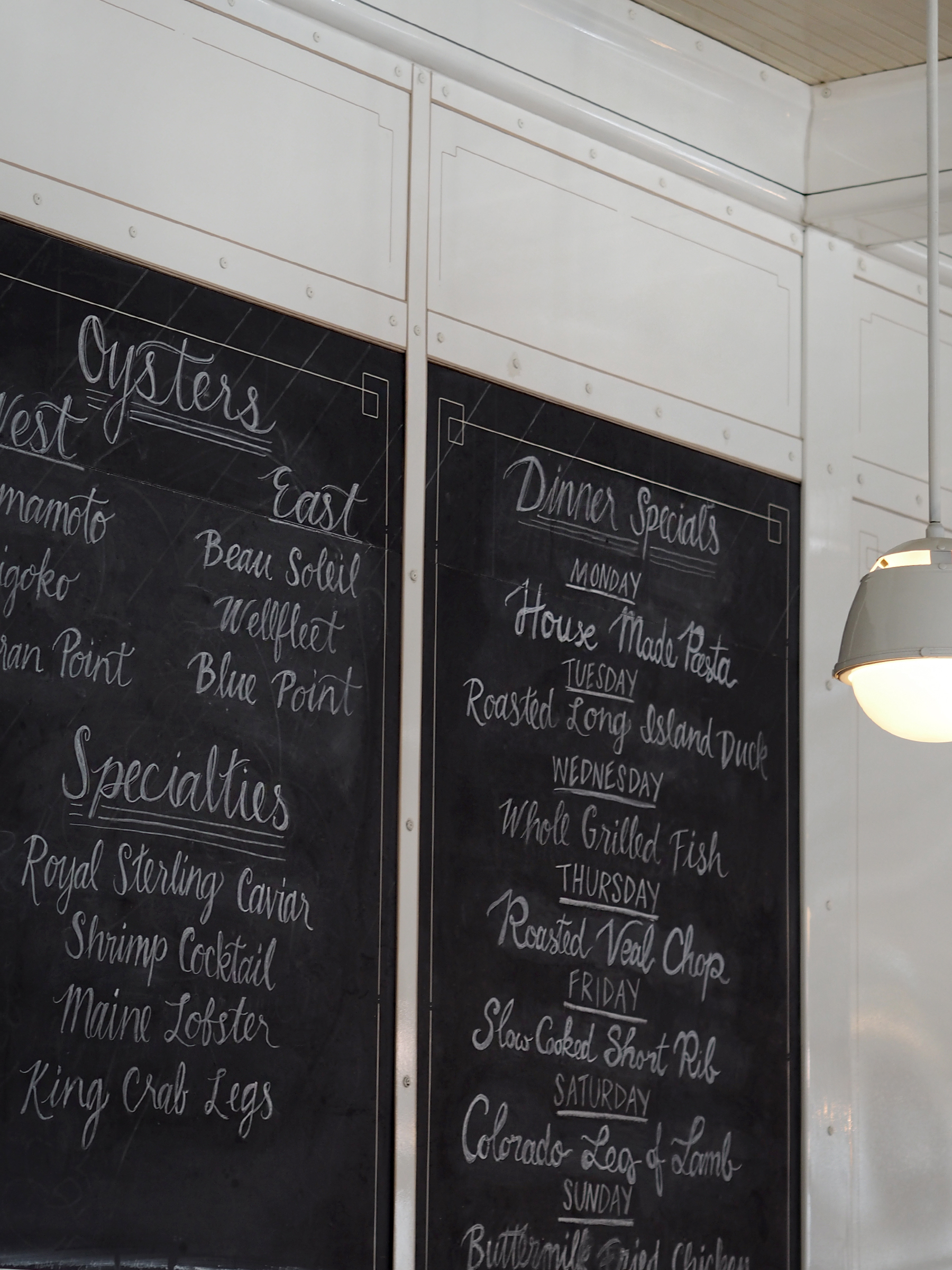 Want some Oysters? They’re only USD 50 for half a dozen.

Okay, you don’t have to start with Champagne and Oysters, you can also do it like our German make-up artist for URBAN DECAY, David Flesch and drink about 100 liters of Diet Coke per day. One small bottle of 125ml costs only USD 5! So cheap!

But seriously, New York on a budget? I think it’s really hard. I’d love to hear from someone how to do it – or try it myself sometime, but right now, I couldn’t imagine how – everything is SO expensive. I really felt it when we went to a small shop to buy 4 bottles of juice, water and beer – and they wanted us to pay USD 25 for it! In Düsseldorf where we live, half a liter of Beck’s beer costs EUR 1,10! Just as a comparison: one glass of weirdly sweet beer was supposed to cost USD 14!

So I guess with my experiences, I would say you don’t go on a cheap holiday in New York City. At least not in Manhattan. If we hadn’t been invited (and I’ll be forever thankful and humble for that), I simply couldn’t have afforded a trip like this!

4. THAT THING ABOUT FAST FOOD:

No US-trip without burgers, hot dogs and the like. 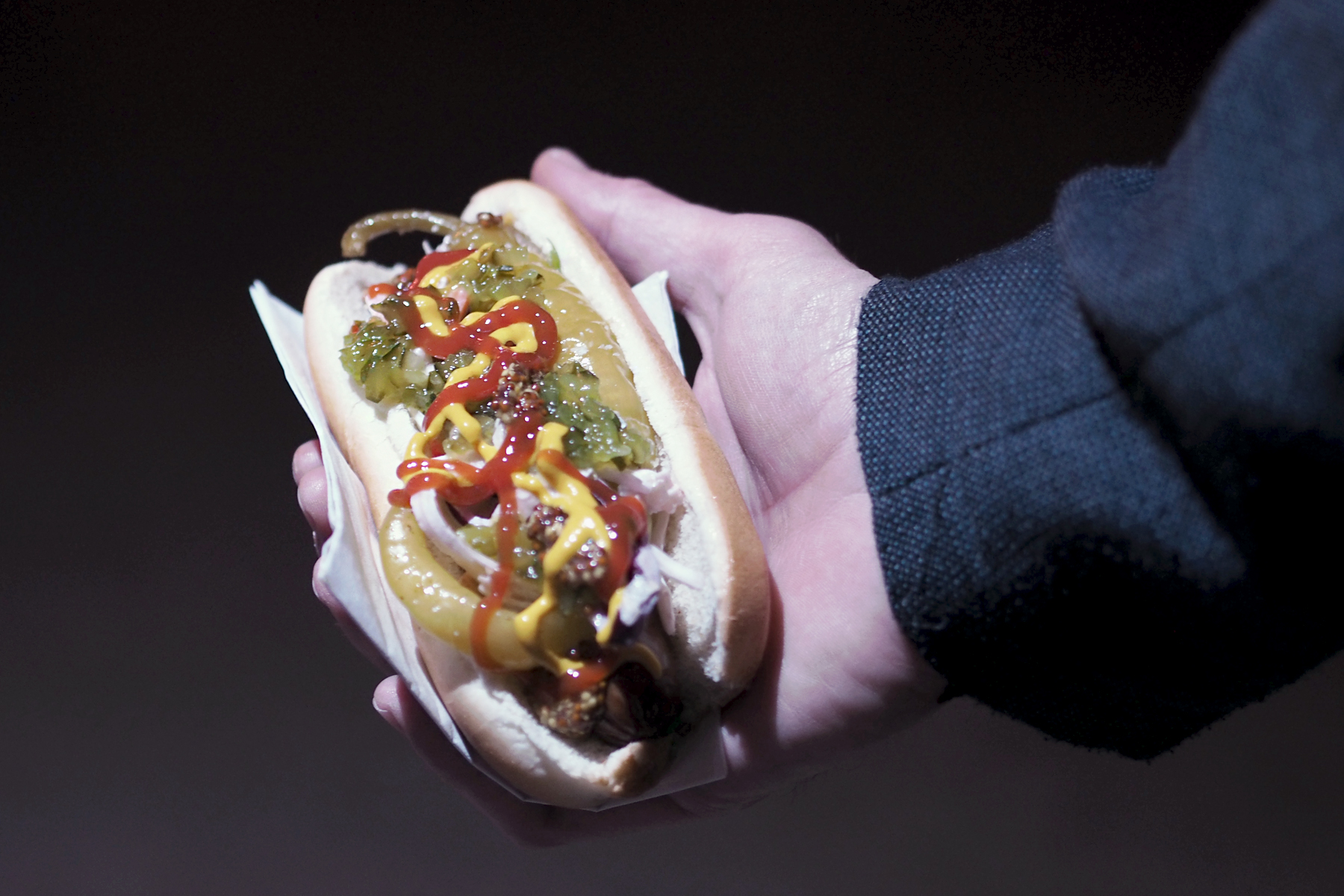 One thing I have to say is just amazing about the US: their fast food is just so yummy. You’ll get the best burgers around every second corner, there are endless waiting lines in front of ever “Shake Shack” burger in New York and it almost reminded me of “Mustafas Gemüsekebab” in Berlin-Kreuzberg.

But the burgers in our hotel were also really amazing (and of course, served with potatoes and Ketchup again) and during the URBAN DECAY event, that I’ll tell you much more about next week, we had the tastiest DIY hot dogs ever! Oh, and there is one cheap thing in Manhattan: Pizza. I’m a pizza freak, so I didn’t expect much from USD 1,50 pizza per piece, but it was decent enough.

5. THAT THING ABOUT SERVICE PERSONNEL:

Expensive, unfriendly and inattentive like a burnt slice of bread… 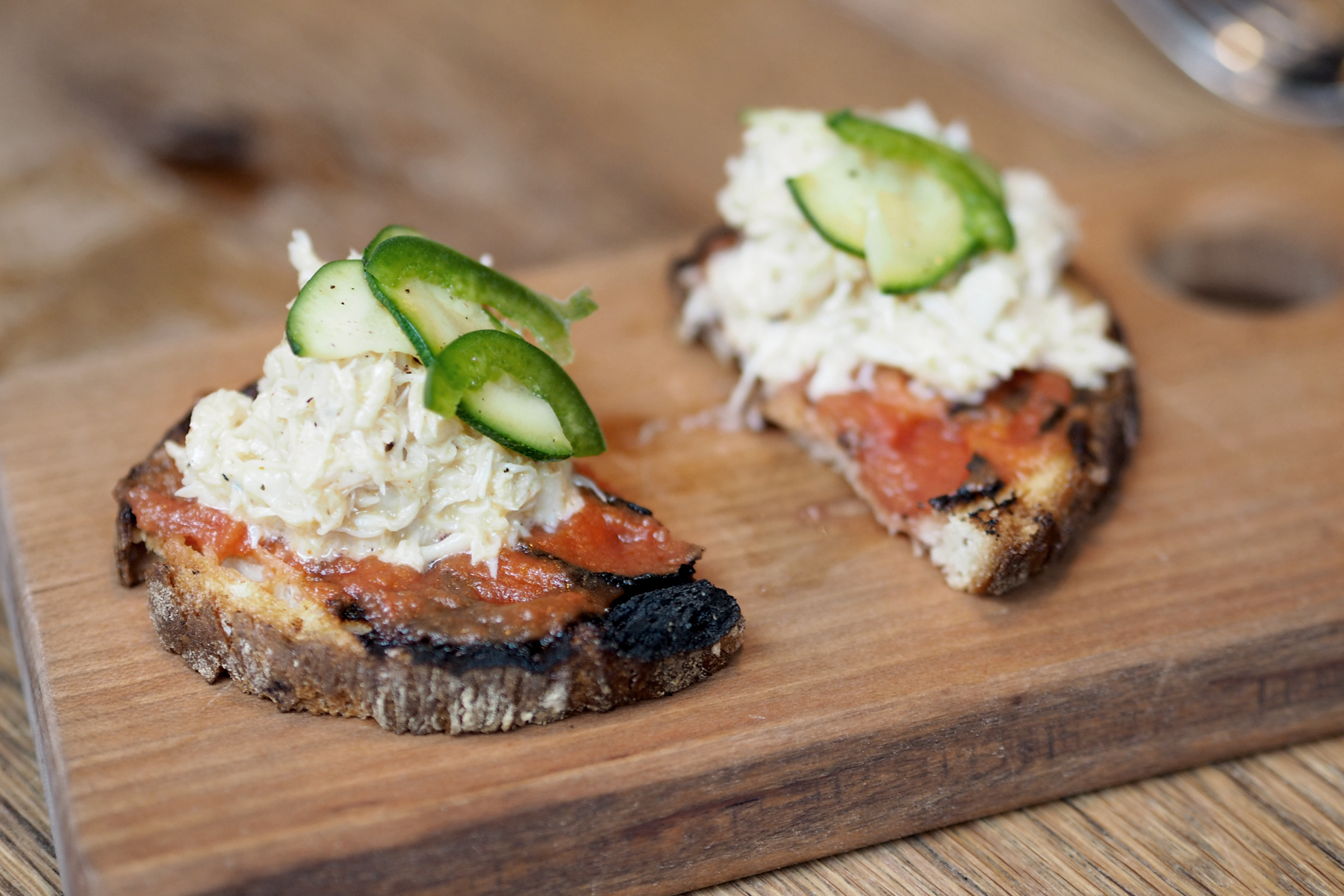 Visualization of my image of the common New York City waiter.

But first things first: we DID have some really lovely, attentive and sweet waiters in New York, most of them young, male African Americans that were so great! I really enjoyed their company and we had some good laughs as well.

BUT, and that’s a big but, the rest of them? Well, excitement looks different. Especially, when you think about the fact that you’ll have to pay them at least 20% tip at the end of the day. Okay, I know that’s mainly the only thing they’ll earn from you, but still.. I’m used to a different kind of behaviour from service personnel. Why not just being friendly?

I myself worked for years in service as a waitress and I know that the job is exhausting and the people you serve are real big assholes sometimes. But still, I believed that friendliness and a notebook always were the most important things you’ll need to have on yourself. Funnily enough, I never saw one waiter in New York with a pen and a notebook to write down the orders. Instead, they came back 5 times to ask what we ordered, mostly with a grim look on their faces. I mean, just how difficult can it be?

Well, at least I’m used to a different kind of service at home. And when I decide to pay a waiter 20% tip, he must have made me feel like the Queen of England that evening. But still, that’s no reason not going to New York or even going to restaurants. You can always be lucky like we were – at least from time to time, hehe. 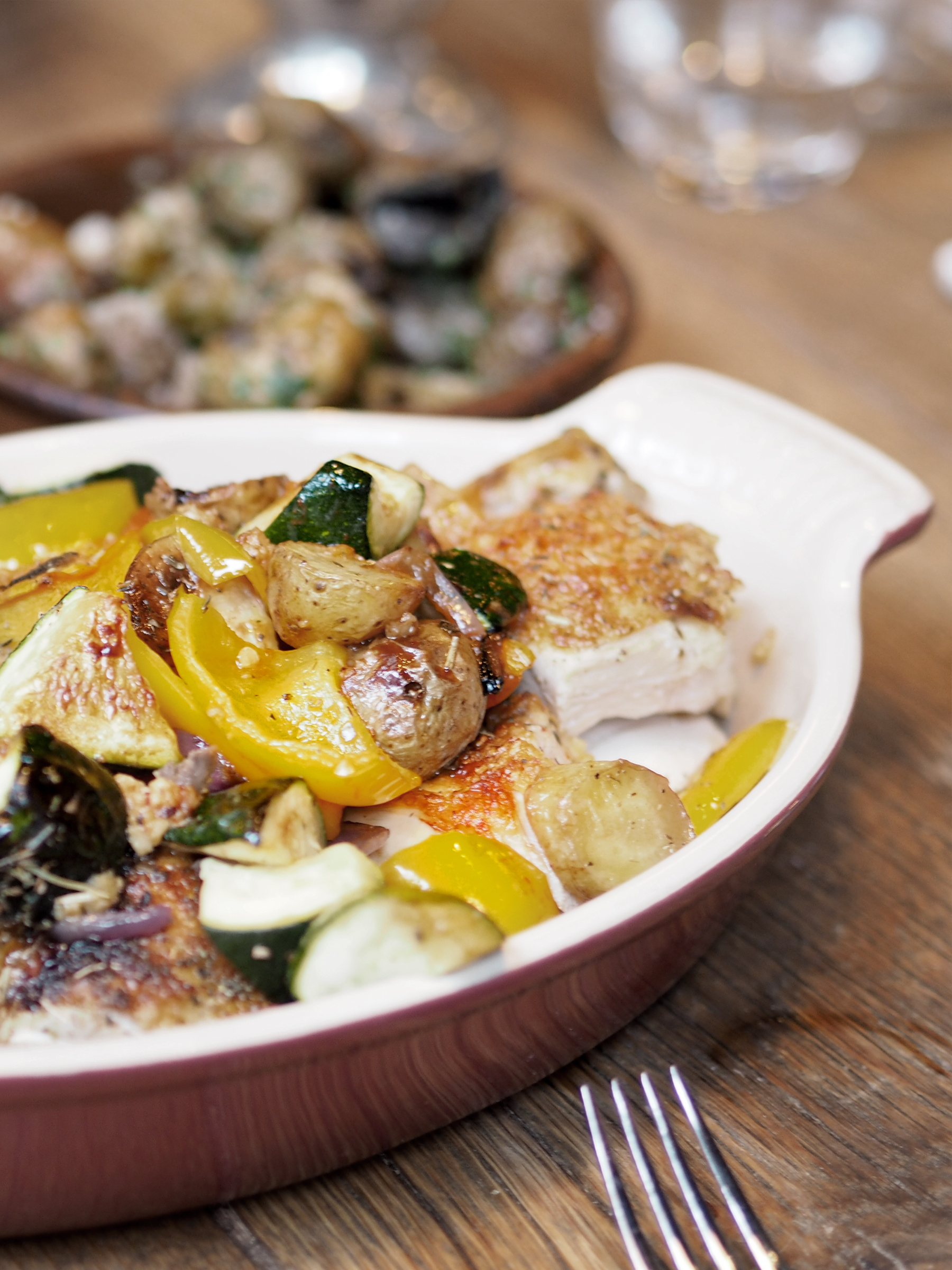 Anyway, I really hope you had a good time reading my food guide to New York City and that it will prove helpful for your next trip to that city.

2 Comments on A foodie’s guide to New York City